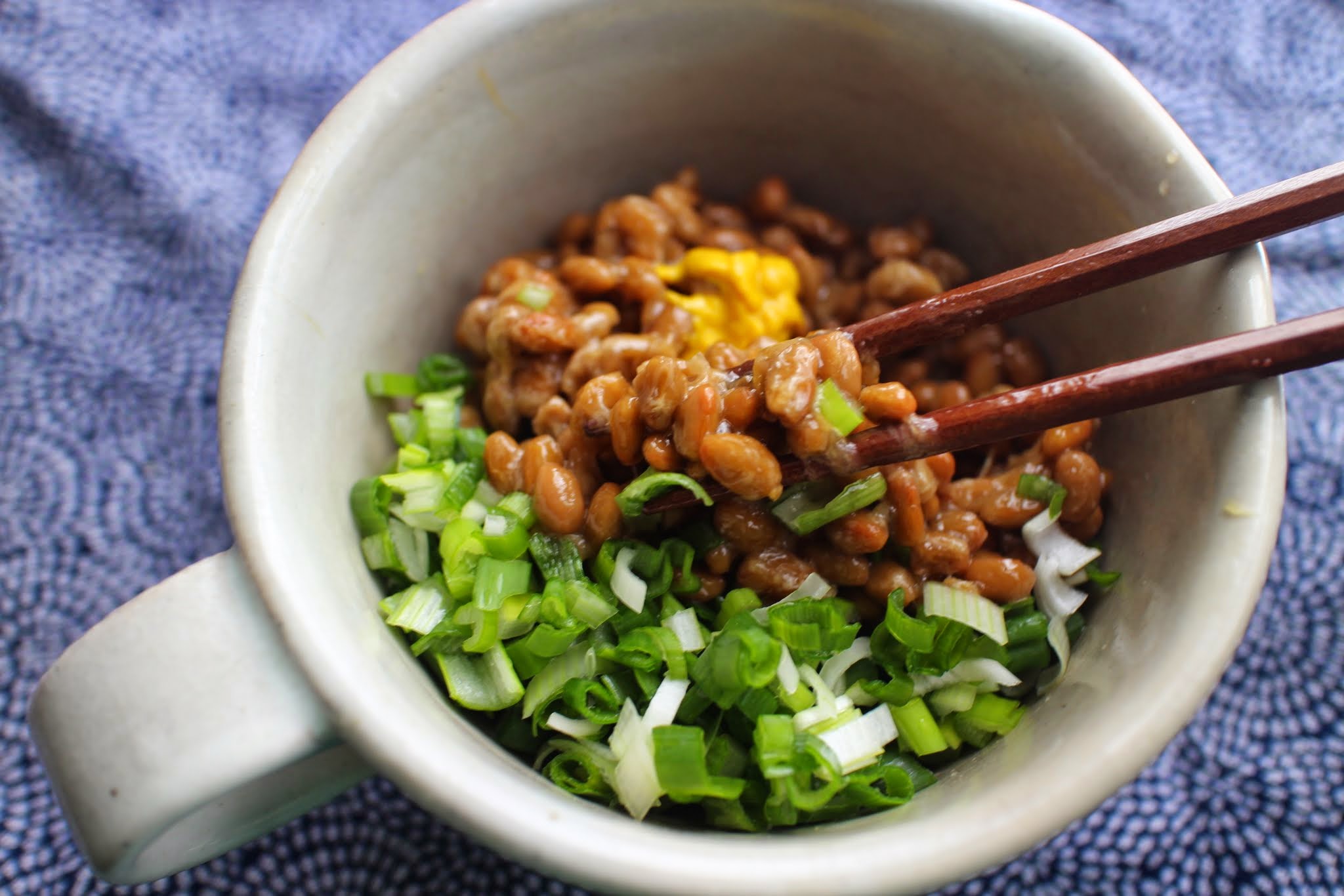 Natto and How To Eat It

It is highly nutritious and rich in proteins so often served on top of rice as breakfast.  If you are curious about the taste, try natto roll first at a sushi restaurant. Some of people who normally don’t like natto can enjoy it since vinegary sushi rice and dipping soy sauce hels to make the taste milder.  If you like it and want to try it, most Asian markets, some health food stores and high end supermarket such as Whole Foods carry it in soy products area or in a freezer.

Once you get it, follow the direction below.  It can be addictive!

How to prepare natto